Aviation Forbears And Their Legacy Immortalized On Pilot Wing Pins

For those in the aviation industry, one essential item everyone knows is the coveted pilot wing pins. Anyone can have one either by merit or by purchase. But one must know first a bit of history to fully understand the significance of that small pin that brings so much joy to those who wear it.

Now, let us look back to some early contributors to the aviation industry, whose works have paved to what we now enjoy in our present time soaring through the clouds. 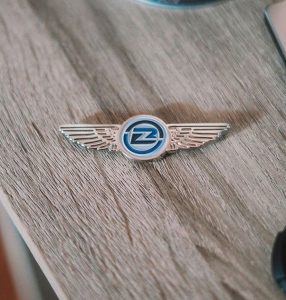 Various history books noted several less known facts about a handful of aviation inventors, apart from the famous Wilbur and Orville Wright Brothers, credited for the invention of the first powered, sustained, and controlled airplane flight in history way back in 1903.

Since the historic flight of the Wright brothers, numerous collector’s item limited edition pilot wing pins, made to honor the brothers, have been in circulation, with some being rare pieces for collectors and history fans in America and elsewhere. 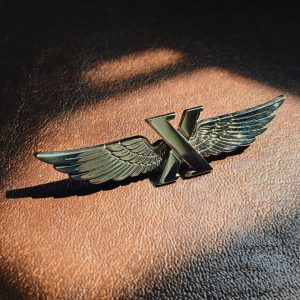 Apart from the Wrights, Englishman Sir George Cayley pioneered research on “aerodynamic principles and practical aircraft design” in 1799. Hailed by History.com as the “Father of Aviation,” Cayley designed the earliest aircraft plans with fixed-wing designs, with a separate mechanism for flight and thrust. Still virtually primitive compared to our current aviation technology, his work has been credited to form the industry’s foundation, which the Wrights even used in their designs. Cayley’s most significant achievement was a glider that successfully took flight in Scarborough, England, in 1853.

In the late 1890s, when flying was still widely considered as impossible, German aviator Otto Lilienthal “glided” into history as one of the most prolific aviators of the time. Documents show that Lilienthal made 16 different glider designs and had at least 2,000 successful flights in his lifetime. With his detailed research and fearless test flights, historians noted his contribution to inspiring another generation of aviators. With his unquestioned dedication to flight, he died in 1896 after his glider plummeted 50 feet to the ground, resulting in a severe spine injury. He died the following day, leaving behind one of the industry’s legendary words, “Sacrifices must be made.” 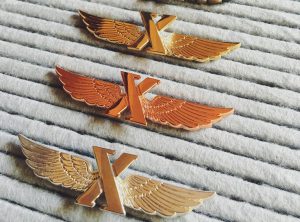 The Wrights, Sir Cayley, and Lilienthal are a few of the aviation industry’s handful forefathers. With the Writes mostly known worldwide, learning the history of these two other aviation heroes can inspire a younger generation of inventors, breaking borders in an industry that has revolutionized how we travel. What is the best way to give homage to these gentlemen but to make custom made pilot wing pins from one of the US’s trusted partners, Metalxcustom.

Get your own custom pilot wing pins now from MetalXCustom!